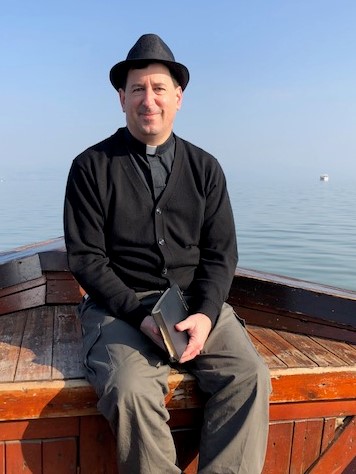 Pastor Andrew was born the youngest of three in Wyandotte, Michigan, in 1971. After he turned 10 years old, his father accepted a position at Nissan in Smyrna Tennessee and where he spent the second half of his growing up years in Nashville.

Throughout his childhood and adolescence, Pastor Andrew was enrolled in the Catholic school system where he learned to develop his skills as an altar boy and a helper in his local church. From a very early age, he felt like he was being led by God’s Spirit to go into the ministry. Having joined the Army Reserves just for the thrill of it while still in high school, he was finishing up his advanced training at Fort Harrison, IN, when Saddam Hussain invaded the peaceful nation of Kuwait. Consequently, Pastor Andrew’s education was put on hold so that he could serve in the Persian Gulf War.

When he returned home in May of 1991 he attended college and received his liberal arts degree from Loyola University in New Orleans. He went on to complete his theological education at Notre Dame Seminary and School of Theology, which is also in New Orleans, Louisiana. On April 7 of 2000, he was ordained in a Roman Catholic setting. After a few years of serving as a priest, he ended up leaving the ministry and followed a desire to marry and have children. 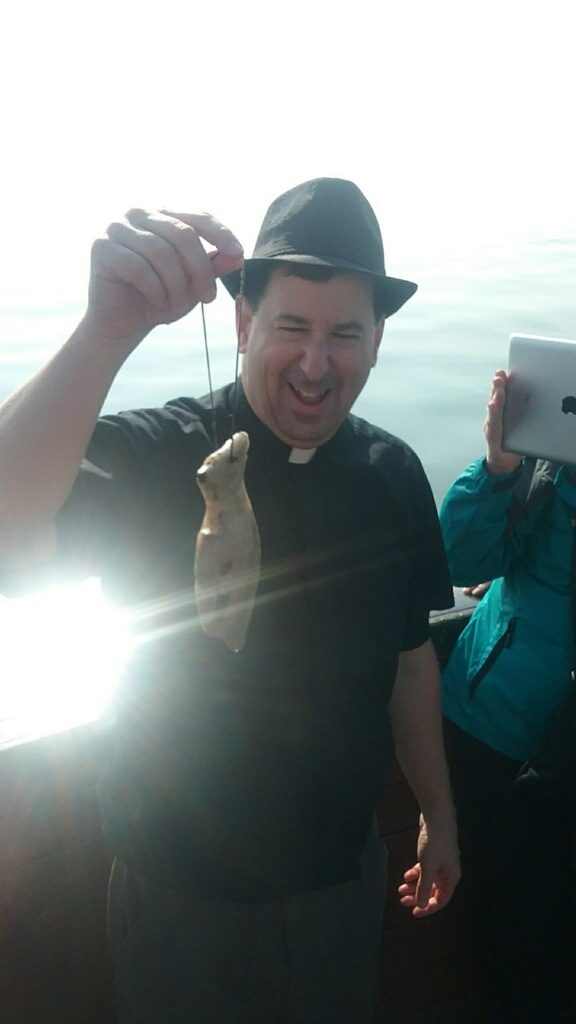 During his years after the priesthood he unexpectedly discovered the richness of the Lutheran Tradition and the greatness of Dr. Martin Luther’s contribution to Western theological discussion. In the summer of 2004 he met his soulmate and best friend, Monique, and on Christmas Eve of the same year they got engaged. Pastor Andrew and Monique became Lutherans together and were married at Ascension Lutheran Church in Madison, Tennessee. When their first child was born, Monique urged Andrew to go back into the ministry. Feeling encouraged by his wife’s insistence, he was eventually brought into the Lutheran ministry by colloquy in May of 2008 and has served as a Lutheran pastor ever since.

Pastor Andrew loves to study the Sacred Scriptures and classic Christian writings that draw him deeply into the mystery of the Man from Nazareth. Christology is one of his favorite aspects of Christian theological thought and explanation. He also enjoys studying the works of great English-speaking poets, and equal to these passions, is his love for fly fishing – a pastime that has always filled his heart with gladness.

Pastor Andrew and his wife Monique are the parents of three sterling young lads: Andrew II, Gabriel and Atticus. They are each splendid in their own ways and share in numerous preoccupations, including Star Wars, dinosaurs and superheroes. Their parents are super proud of them. 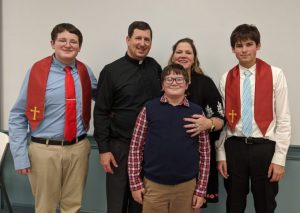