I have been asked to write a short bio for the July SOTH newsletter. It’s difficult to believe our first month here is almost over already. As I told the congregation at the 10:30am worship service on Sunday, June 14th, “It’s good to be here Lord with these wonderful and loving members of the Shepherd of the Hills’ church family.” It is truly good to be here and to join you in the ministries of the SOTH. 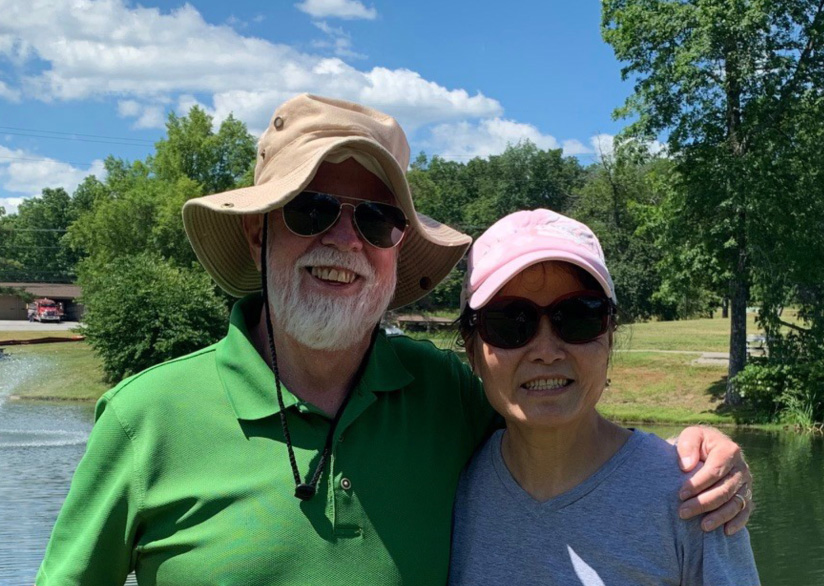 First, a little background on myself. I was born and raised in Canton, Ohio. As such, I’m a long-suffering Cleveland Browns and Indian fan! I did my undergraduate and graduate studies at Ohio University in Athens, Ohio. I then spent the next 31 years working in higher education as a teacher and administrator in the area of video production, video programming, distance learning, and public broadcasting.

Retiring from higher education in the summer of 2001, I was accepted into the Master of Divinity program at Concordia Seminary St. Louis. And that September I found myself tackling the learning of Greek and Hebrew at the age of 54! What a blessing the Seminary was for me. It was there during the summer of 2002 that I met a young woman from Taiwan named Stella and her children Eva and David. Stella had come to the Seminary to begin her doctoral studies in the area of Old Testament exegesis. Little did we know that summer of 2002, that four years later, we would become husband and wife.

In July of 2004, I began serving my deferred convertible vicarage at St. Peter Lutheran Church in Waymansville, Indiana. Although a Vicar, I functioned as their Pastor in a complete Word and Sacrament ministry. Halfway through my vicarage, the church called me to be their Pastor upon my graduation from the Seminary. On July 17, 2005, I was ordained and installed as their Pastor where I served for the next 13 years. I retired in May 2018 and in July of that year, I began serving as the Circuit Visitor for the Columbus Circuit and also began a one-year call to teach the New Testament at Trinity Lutheran High School. And here we are in Tennessee at SOTH a year later than originally hoped for.

A little about our family. Stella and I were married on January 7, 2006 at St. Peter Lutheran Church in Waymansville. I have three children from a previous marriage. Our daughter Laura is married to Bert and lives in Kalamazoo, Michigan with our 10 grandchildren. Our son, Jack lives in Charleston, South Carolina. Our son Jim is married to Erin and lives in Owensboro, Kentucky. After our marriage, I adopted Stella’s two children Eva and David. Eva is married to Alan and lives in Georgetown, Kentucky with our grandson Alex, and David is married to Myka and lives in Evansville, Indiana.

There’s more to each of our individual and family stories, but hopefully this will serve as an introduction for you. Stella and I are so happy to be here to join Pastor Andrew and SOTH ministry teams in loving you and serving you. It’s an honor and a privilege and a blessing and we look for-ward to meeting each and every one of you.